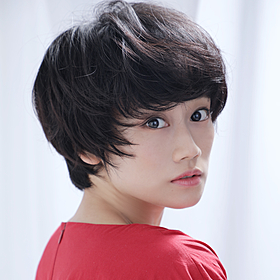 I posted Ameba Blog. "It's getting hot" #Ameba Blog #Yuka Yamauchi https://t.co/ncOdw6yYTq
0
0
0
#Actress exhibition taken by actresses is progressing little by little 🌼 Visual shooting off-shot 📷 1. Misu-chan, I take a picture of Misuzu. Isn't the one that Misu-chan is wearing cute? 🥰 Mr. Misuzu's wonderful point is that he is particular about such fashionable places and details 🤍 2. I am a Misuzu photographer. Profile Yamauchi Hamisuzu's point of view ☺️ https://t.co/RybS5bmqZO
0
0
0
I posted Ameba Blog. "Letter Day" #Ameba #Letter #Yuka Yamauchi https://t.co/FREjhxvonK
0
0
0

When you feel the preciousness of loving someone, you really feel lonely and full of warmth.
0
0
0
Melonpan x Misuzu Nishizono Supreme Theory 🤦‍♀️🤍 The transparency and core strength that you always feel when you shoot Misuzu-chan. This is a playful look that Misu-chan usually hides a little, isn't it? 💙 photo by me # Actress exhibition taken by an actress
0
0
0

I can't keep up with what I'm told.
0
0
0
I've come to be called reddish recently I liked purple and blue, maybe because of some embarrassment, but I love purple and blue, but I love red and pink photo by @ nishizono_misuzu
0
0
0
I take @nishizono_misuzu The distance between me and Misuzu-chan. The moment to cut out is the moment only for me, the moment only for Misuzu-chan.
0
0
0

Thank you very much. The real end is just around the corner! However, I'm really happy that I loved Saitama a lot and ran with everyone. Thank you ♡ And, Masumi Toda will leave and the period when I will stare at me will begin again.
0
0
0
. Musical Theater "Dancing! Saitama" 5 / 19-5 / 23 Toda City Culture Hall Large Hall Star Troupe Heroine Toda Masumi will appear in the role of 🐦 Even so, I am truly grateful that the stage is moving toward the actual stage, and I am spending my days. It's a musical, so not only the play, but also the songs and dances, there are so many numbers, and it's a lively work! !! Anyway, a total of 71 people made works that would make you laugh, while taking thorough infection control measures. Come on! I can't say that now, but I hope that as many people as possible can see it. The ticket purchase page is posted on the top. When purchasing, please select Yuka Yamauchi as the cast selection 🌼 Archive delivery is also available! What was recorded on 5/22 will be delivered from 6/15! !! I am glad that there is a way to deliver it to people who are far away because of this age. If you like, please check "Dancing! Saitama" ♡ #Dancing Saitama #Musical Theater
0
0
0

I don't have any photos after I cut my hair, so naturally it's just past pics. After all, I prefer dark circles and unerased photos 🐻
0
0
0

I became a new me ✂︎ Shortcuts didn't suit me, so it was an opportunity to overcome the trauma I had in my life ♡ It feels good to feel that I'm not living alone. The cut is @marico_takaki 🌼
0
0
0

. When I have a little time, I think I should wash it first. I like that moment. Ah, let's live tomorrow I'm proud that I have a positive self I think it's okay to do small things! It's been raining more in May, it may be a difficult month for your body and soul, but it's a holiday 😉
0
0
0
My photo under the sky is deep photo by @nishizono_misuzu
0
0
0